While this book was published in 2007, it is still a relevant and informative text. In this book, Studwell looks at the economic development of the countries in South East Asia as well as Hong Kong from post-independence to the early 2000s.

He writes in the introduction “this is a book about a small group of very rich men”, and as such this book looks at the power and influence of a small group of billionaires who have come to dominate the economics and often the politics of the countries in South East Asia and Hong Kong. The author uses these billionaires-godfathers-as “a convenient vehicle for examining broader economic and political issues”. The term godfathers is, as the author says, “more than a little tongue in cheek” and reflective of the mythology of race, culture, entrepreneurialism, and as such. He uses it to deconstruct the mythology around race, culture, and the “entire grounding of economic progress in the region since the end of colonialism”. It is important to be deconstruct this mythology around the godfathers as the godfathers are not the icons of these dynamic economies, they do not shape these economies but rather are reflective of them. The hand in glove nature of economic’s and politics means that, in the long run, the incentive its consolidation and protection, and this fundamentally undermines insert the potential development of the country. 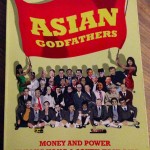 What I really liked about this book was how it begins by looking at the chauvinistic claims of many other writers on similar topics who would ascribe positive business and economic traits onto the Chinese businessman. Studwell examines that claim in significant detail and is quite successful, in my opinion, in debunking it. He later picked this up again when looking at claims put forward in the Asian values debate as well as economic policies justifying privileging one race over another. Too many books written for the businessmen audience looking to work in Asia tend to use convenient stereotypes to push forward those debunked chauvinistic attitudes. As Studewell says, these “race-based interpretations have long formed the bedrock of analysis of South East Asian”. To accept without concern such deterministic forms of analysis means that one cannot see the forest for the trees.

For me, this is problematic attitude seems to be a perverse continuation of notion “white man’s burden”. In many postcolonial Southeast Asian Nations, the ruling class that replaced the colonial powers, were themselves more often than not elites that had been educated by and even groomed by the exiting powers. As such, while the masters had been replaced, the structures that they had left behind which embodied a paternalistic and exploitative system were not. Instead new masters offer more familiar colour were installed, and, as they say, same same but different.

As such, I think it is advised not to get too carried away by the ebullient narratives of postcolonial rule. And perhaps arguably, these new elites had greater had a greater thirst.

The author is quite clear about the motivation of his studies; his premise is that “systems are far more important than people in determining which societies climbed the slippery slope to prosperity”. He believes that the development of more efficient political and social institutions is the key to the economic development of the region-to see a more equitable distribution of wealth. He likens this to post 1930s America. To this mind, the choice is between an endless circle of booms and busts or a policy path to developed nation status.

The book begins by examining the development of the economic landscape through to historical forces – colonisation and migration. He argues that the role and status of the migrant plays a role in the economic place. This has a significant influence on how the migrant who is largely disenfranchised and lacking in political status engages with the political elites. This is not the story unique to South East Asia. We see similar stories playing out in Europe and North America. He makes an interesting point about revenue farming and rent seeking, given the flood of migrants providing cheap labour. The author then looks at these developments using case studies from most of the countries in South East Asia. The book is full of illustrative anecdotes featuring godfathers and the politicians of that time. At one level, the godfathers are apolitical – politics being more of an insurance against any disruption to the businesses of godfathers.At another level, godfathers are intimately involved in the lives of their political protectors: going on holidays with them, providing them with council, and other such highly to intimate interactions.

The book makes a lot of interesting points and has even more interesting anecdotes. They make for very interesting insights into how not only godfathers work but also the interrelationship and interdependence between the politicians and the godfathers. One of the more interesting issues that the author examines is how the godfathers venerate cash and property, and the various schemes and shenanigans that they engage in to obtain more. The complexity of the business dealings, the use of the stock exchange, licensing regimes, government options, and the such are unpacked and connected by the author in a very readable and engaging manner.

I was particularly curious around his claim that the Asian crisis of 97 had not largely had a detrimental impact on the godfathers. Given what has happened in the last few years in the global economy, I was wondering if there would have been any insights from 97 they could have informed what happened in the most recent economic crisis. I found that the story unravelled by the author strongly resonated forwards to our current crisis. It is curious that while we understand and acknowledge that the past echoes into our future, we don’t seem to do very much to anticipate what is coming. And to that end, I thought the book was very useful.

One of the more important roles that this book plays is in disabusing the mythology around the godfathers – the perception of their economic genius and unparalleled business acumen. There is a tendency to beatify these godfathers and inscribe into them our aspirational wants of ourselves. As the region moves into a new economic cycle, the choice between the endless cycle of boom and bust or steady development is vital. In the knowledge economy, where the traditional business models themselves are destabilised, how do we create an economic and political environment to nurture the new businesses? The miasma of the godfathers could end up having a negative impact on new and developing businesses and curtailing the development of the economy. Key to this is also if they is the require political will and desire to allow this to happen.

Notes: in this book, Asia refers to the original members of ASEAN. The more recent members are only mentioned in passing. Singapore and Hong Kong are dealt with in a distinctly different manner to the other countries. I believe this is reasonable and correct.